Creating An Immersive Experience in League of Legends

The content described here in absolutely no way previews, hints, nor in any way whatsoever represents any development going on at any of my past employers' studios.  This is an original direction and vision for lore and game IP that is based only on my experience as a video game player; it is not based on any specific content or methods of development experienced at any studio.

One of the reasons I've been a League of Legends fan since the beta was to see how the game realized or failed the potential I saw in it.  The game, like many others, offers a fantastic opportunity for lore, story-telling, and immersion in the multiplayer space.

Since I'm not currently working for its developer or any competitors, I can finally write this out for fellow lore dorks dissatisfied with the video game industry's trend of story-telling.


Because I get paid to do engineering and not writing, I've come to call this a "framework".  A lore framework is the space within which stories and events must be told to make sense of or contribute to the overall purpose or functioning of the universe.  This overall functioning is usually based on a creative director's vision or by the successful past works in the universe.

In WarCraft III, a common lore element is redemption.  Redemption and internal conflict are a part of the most notable plots and characters in the WarCraft lore framework.  A harmony with the framework exists in WarCraft III when Thrall the orc makes nice with Jaina Proudmoore the human daughter of a naval fleet commander, despite their pasts, for a greater good.  A conflict with the framework exists in World of Warcraft when the player can in no way support nor interact with the opposite faction, because this flies directly against the elements of redemption and internal conflict.

The League of Legends Lore Framework

A very interesting (and awesome) lore opportunity arises with the DotA-based game.  On launch day, there are no known actors.  There is no universe; there is a map.  The lore is haphazard and champion-based, with the world map only being relevant because it represents a champion's origins. With a few retcons to rectify some haphazard origins, this trend would pave a path that the game continues down -- to its 100th champion Jayce -- today.

Let's look at a successful, practical parallel to give us some perspective. 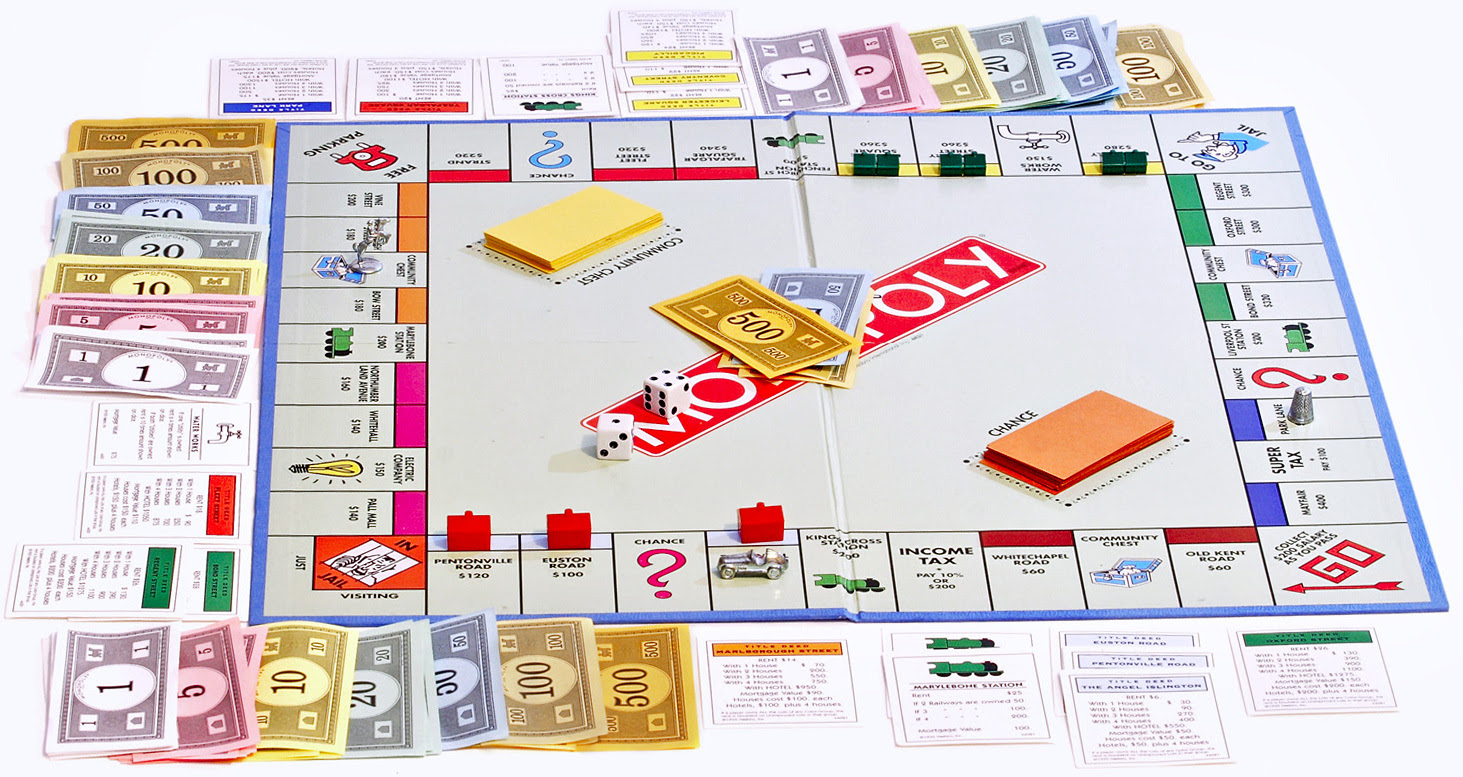 Monopoly is a multiplayer game with a single board.  Based on chance, players move to points of interest that provide opportunities or immediate consequences for their money.  The player with the most money is considered to be winning.

No one knows what Baltic Avenue is, what it looks like, or its history.  As people play, however, they naturally infer that it is something like a poor residential area or slum compared to Park Place and a personal connection to the landscape is formed based on nothing other than the gameplay.  Go ahead and bet on Baltic Avenue's history not being in the manual; even if it were, what would that matter?   Few people read the manual anyway -- much like mainstream players do not read game-external publications that are sometimes in no way relevant to its game and, more a fault of the system than of the authors, eventually are deemed non-successes by executives or senior management.

Thanks to the accessible and natural immersion of the player in the game mechanics, consumers that play Monopoly might immediately understand "That's the Boardwalk of Los Angeles" or "Don't go too fast, you'll go to jail.".  Furthermore, this identifies the consumer as a fellow player of what might be considered a subculture, reinforcing something of a community for the product.  Finally, there is a positive regard for fellow consumers of Monopoly simply due to its sheer popularity: if you don't get those references, you might be considered uncultured!

Thanks to that same immersion, developers of games easily draw connections between the original Monopoly landscape and that of any other world -- all by just honoring the lore framework established by the game's mechanics.

It's to the point that you could probably come up with a Monopoly variation right now.  Is there one for Pokemon, My Little Pony, or tech companies?  If you understand your own universe well enough, chances are that one indeed exists right now -- in your head, at least. 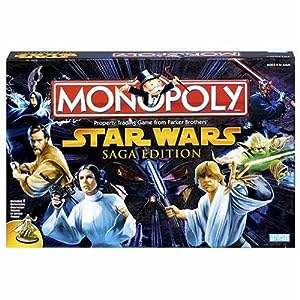 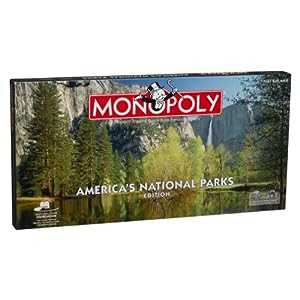 Analysis of the Gameplay Basis

For the sake of brevity, this segment has been posted to its own entry.

Riot Games deserves a shout out for something it's done since its early days.

In pretty much every single forum post, their employees address their users as "summoners".  By doing this, users become attached to the role they play in the game and are unified regardless of currencies or tenure.


Sadly, that's where this attachment ends.

Let's take advantage of that opportunity (how many game companies before Riot referred to their users as their in-game equivalents?) to further strengthen the role of summoners in the League of Legends IP.  As we roll out the lore framework for the game, summoners will be the main focus.  As a bit of a (common sense) bonus, this focus also embraces the Riot Games mission statement.

- A "Summoner" is an individual that summons champions. [Gameplay equivalent of user]
- Summoners rarely, if ever, take part in combat themselves. [Gameplay]
- Summoners mostly, if not always, interact with champions through summoning. [Gameplay, UX]
- A huge population of summoners exists. [Technical, Gameplay, UX]
- A huge number of matches exist. [Technical, UX]
- Champions have strong relationships with or against city-states in the game world, Valoran. [Gameplay]
- Champions have strong personalities conveyed through splash art, voice-overs, and in-game visual presence (animations, models, etc.). [Gameplay]
- Summoners summon champions at the The Institute of War. [Pre-existing Lore]
- The Institute of War was created to moderate war in the interest of environmental stability. [Pre-existing Lore]

Actionable Ideas from Our Lore Framework

With our understanding of our lore framework, even laying out those few elements may inspire some ideas.  It's time to meet with our team and discuss feasible possibilities, then make one of them a reality.

A Guiding Element from the Lore Framework

After sharing and explaining your list of elements with the team, you hit up the whiteboard and scrawl the conclusion that is going to guide them in satisfying the common lore dork like you. 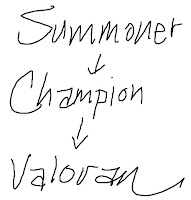 In the League of Legends, you will immerse your players by having champion selections affect the in-game world.  You ask your engineering gal to get data on champion usage over the last week or two, look at who was the most popular and most victorious champion, and tell your artist what their city-state is all about.

2. On Monday, go over the numbers with your team and decide which city-state and their champion can be considered "most victorious" over that time period.  Reasons can be arbitrary, but document them; you'll be sharing those reasons with summoners as a record-keeper of the Institute of War's history.  Also document that victorious city-state; this is the beginning of the known history of the League of Legends.

4.  At the end of the 2 weeks of development, deploy the summoner icon, send out the emails, post up the forum posts or website.

Congratulations!  You've used existing technology to create an immersive experience in the League of Legends universe!  That's the claim, anyway.  It's time to see whether or not your strategy is working. 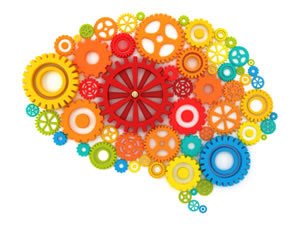 Among our leap-of-faith assumptions is that players want an immersive experience in League of Legends.  The advantage of starting small (with a single summoner icon, email, and forum post, for example) is an easily gauged answer within a matter of weeks.

If player match histories or the bi-weekly data numbers suddenly show a huge shift in champion selection that reflects city-state influence, you are well on the way to giving "Influence Points" and the "DEMACIA" battle call a whole lot more meaning.

Likewise, by exercising the strategy from this lore framework, champion developments are potentially funneled to the number of city-states as well.   Instead of future development scaling with the number of champions, costs are based on interactions with a summoner and based on the single city-state relationships of the champion being considered for development.

With the eventual completion of development for all city-states, summoners can start receiving their rewards directly after the period of judgment.  There's no more need to develop a Noxus icon three months in; it's already there.

Hand out the benefits to the elite % of summoners on the day of, or soon after, the judgment period.  Suddenly everyone's participation in the League of Legends becomes a conversation of champions, city-states, and lore -- all with the summoners at the root of those conclusions.


Measuring Up to Other Games

This is another entry in and of itself, but a good lore framework will provide elements to strengthen three major aspects of a game's universe.

This implementation offers the player a macroscopic enjoyment by making each match (the microscopic experience) relevance throughout League of Legends history.  There is also a small-scoped impact in particular strategies, such as if IP prices change around summoner victories for a city-state.  Finally, the summoner gets to feel as if he or she is being rewarded for a devotion to a set of champions and a distinct sense of identity is formed that positively reinforces that identity and the identity of other summoners within League of Legends.

It is possible that selection of champions will be considered disruptive to game design.  The composition of teams may change, custom games may be started so summoners can select champions that earn a city-state's favor, or the already-existing behavior around champion selection might change in a way we don't foresee.